How to Use the Territory Tool 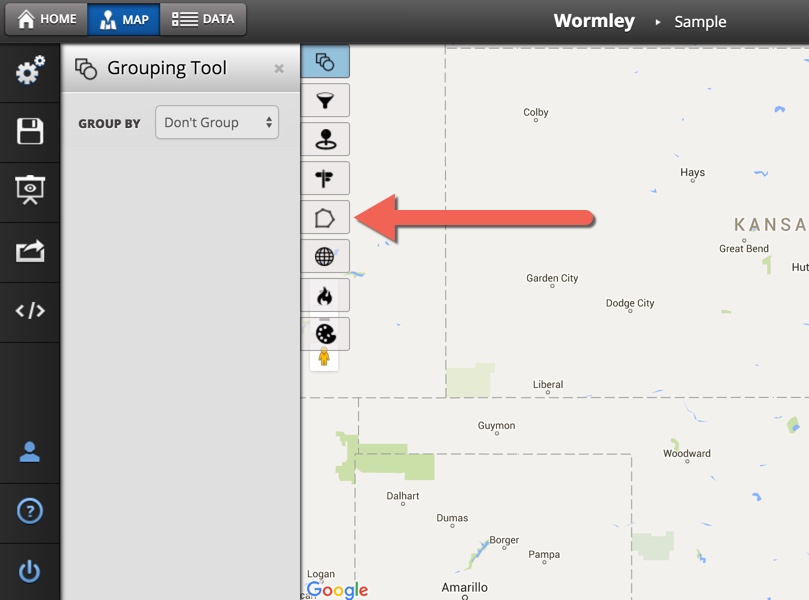 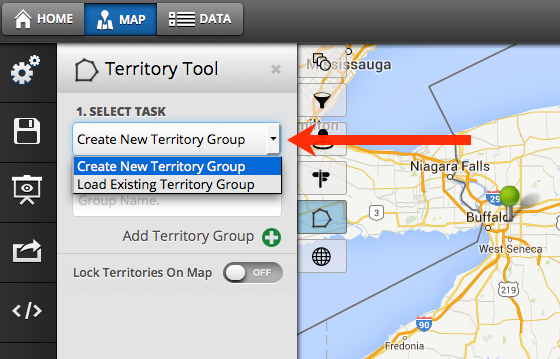 Step 4: Next you will be prompted to setup/customize your territory group popups.  Each territory has a popup that will display summary information about that territory (Name, Number of Locations in Territory, etc). This step will allow you to customize the summary information you see on the popup.  For each column of data you can sum, find the average, display the highest/lowest value and count groups within each territory.  For example, if you want to know the total sales in each of your territories, this is where you would set that up.

Step 5: You will see the territory group added to the tool menu.  Next, click the "Add Territory" button to start drawing territories. 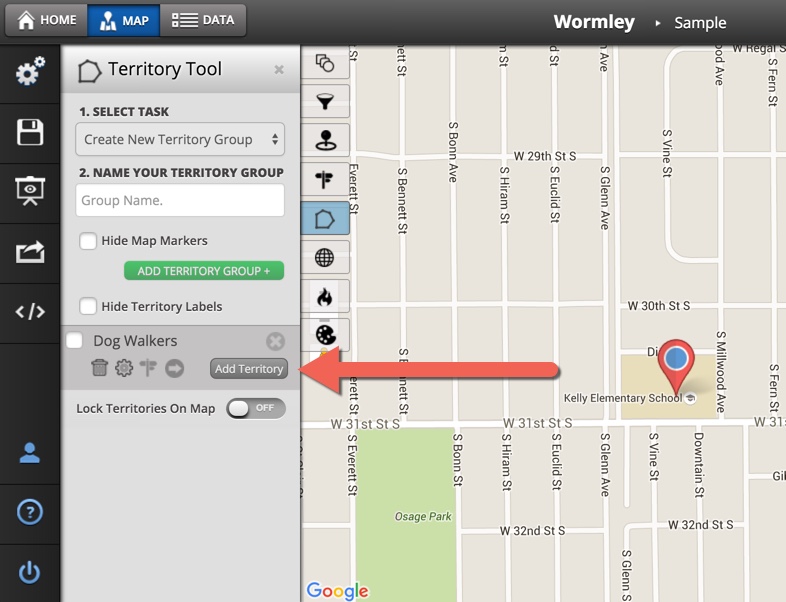 Step 6: You will be prompted to name your territory and customize the color, opacity and boarder size.  When you're done click the "Start Drawing" button. 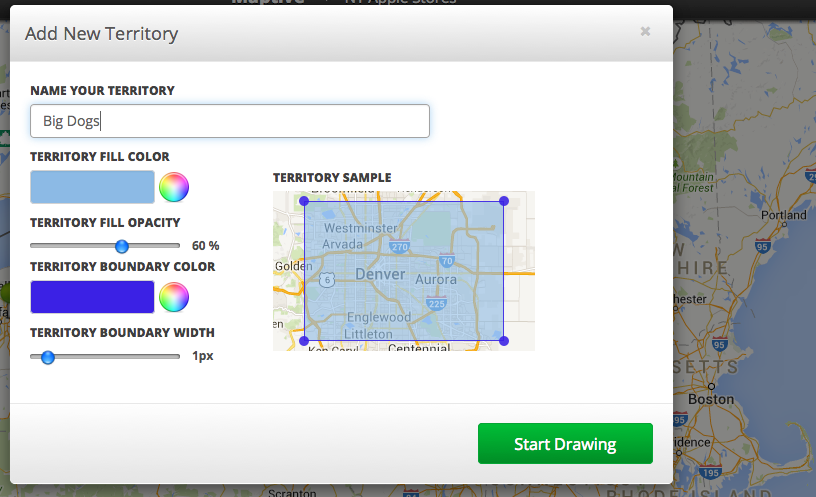 Step 7: At this point you can start to draw on the map. You can draw any shape you want with as many sides as you want.  The territory will be completed and colored in when you close the shape by connecting the last line back to your starting point. You will see the territory shaded to the color you selected when you complete your territory. You will also see the territory added under the territory group on the tool menu. 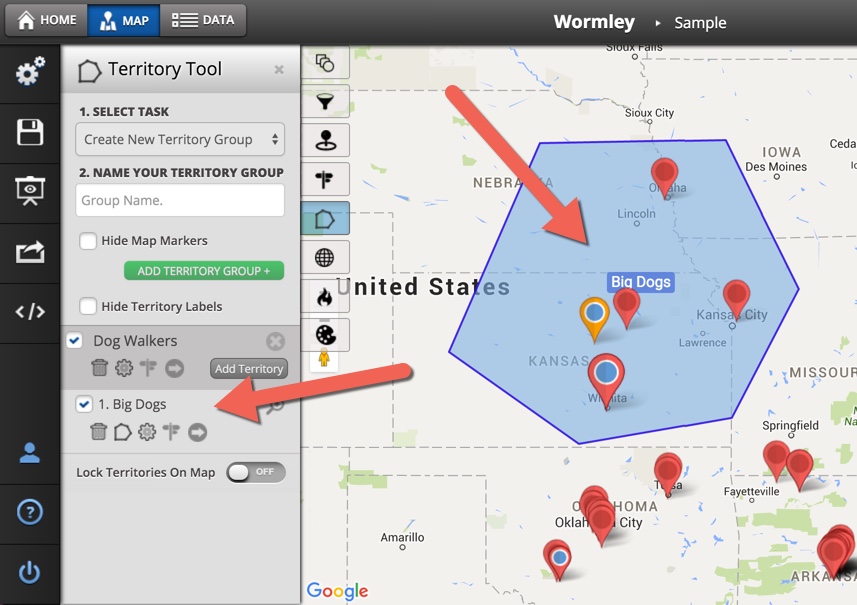 If you want to add another territory just repeat the process and you will see it added to the tool menu.

Lastly, all of the features of the territory tool are defined and listed below. 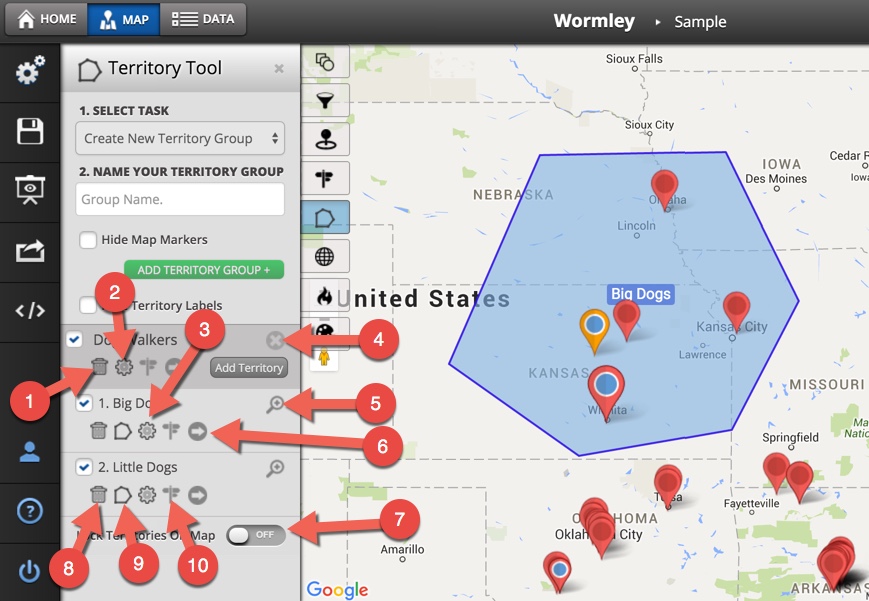